When it comes to lice, you can leave it to television to take something that’s not so funny in real life and make it downright hilarious. Here at our lice treatment center, we work hard to ensure that you get professional lice removal when you need it the most. We also like to think that we have a good sense of humor when it comes to lice. Would we say we’re experts when it comes to knowing all about television shows that have featured head lice as a topic? We’ll let you be the judge. 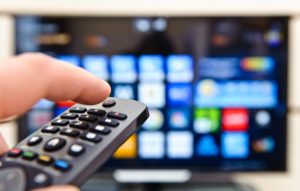 The Simpsons is known for being the longest running sitcom in television history. With nearly 600 episodes under its belt, the writers of the show have tackled the topic of lice removal with absolutely hilarious results. In Home Sweet Homediddly-Dum-Doodily from season seven, the episode begins with Bart being sent home from school for having head lice. When Homer and Marge are accused of being bad parents, Child Protective Services show up to send the kids to live next door with the Flanders family.

As you can imagine, hilarity ensues, as it often does on The Simpsons. Perhaps the moral of the story is that when it comes to head lice, quick action to solve the problem is key. That’s why you can count on our lice treatment center for professional lice removal done on your schedule. When lice seems downright unfunny, don’t hesitate to contact us to schedule an appointment. After hours scheduling is available by appointment.