With the summer behind us and school in full swing, you’re probably on the lookout for common problems like the flu and lice breakouts. Lice outbreaks in the Houston area are more common than you might expect, and many parents are unsure of how they should proceed when they suspect that their child is carrying lice. Instead of coming to a professional lice treatment center, many parents choose to purchase over-the-counter lice shampoo in an attempt to save money and treat the problem as quickly as possible. While we understand the motivation here, the vast majority of parents are unaware that over-the-counter lice treatments often contain toxic chemicals that can harm their children.

In today’s post, we’ll explain what you need to know about OTC lice treatments before explaining why our approach to lice removal is safer and actually more effective. If you need to schedule lice removal in Houston, then call 832-284-4727 or fill out the form at the bottom of this page to request a consultation. Read on to learn more about the dangers of at-home lice treatments!

Skeptical readers may be wondering why certain lice treatment products are alleged to be dangerous. After all, many health-oriented businesses use fear and misleading arguments about chemicals in order to promote their products as the solution. It’s good to have a skeptical mind when you’re trying to choose the best lice treatment for your child, but it’s also important to follow the evidence wherever it leads.

In order to understand why many over-the-counter lice treatments are so harmful, it’s important to remember that lice are insects. Just as some of the chemicals used to keep our crops free of pests have turned out to be harmful, the chemicals (insecticides) commonly used in lice shampoos are being closely examined by the Food and Drug Administration (FDA). As we’ll explain below, some of the chemicals commonly used to treat lice have been banned in certain industries and in certain countries around the world, though they have not yet been banned in lice treatment products here in the United States. 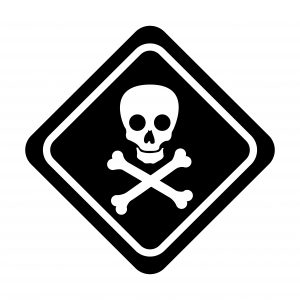 Although lindane has been categorized as a highly toxic pollutant by the Environmental Protection Agency (EPA), it is still used in lice treatment shampoos. Lindane has been proven to cause cancer and harm the nervous, neurological, and reproductive systems, which is why several countries around the world have banned it from being used in any over-the-counter products. Some of the most serious problems caused by lindane include:

While the effects of lindane on the human body are certainly scary, the effects on the broader environment are almost just as troubling. Lindane is also categorized as a bioaccumulative pollutant, which means that it builds up and stays in the environment for a long period of time. It doesn’t take much to pollute the local environment — it’s been estimated that one single use of lindane will pollute roughly 6 million gallons of water.

Permethrin has been used in lice treatment products for decades. While it was once incredibly effective at eliminating both fully grown lice and eggs, its prevalence in the United States has actually led to lice developing a resistance to the chemical. Recent studies have shown that permethrin is between 20 and 30 percent effective, which should be sufficient to give any parent pause before spending money on it. Moreover, the health risks of permethrin are troubling, to say the least:

At Lice Treatment Solutions, we know that parents dealing with a lice infestation are looking for fast, affordable solutions. While we know it can be tempting to rush out and purchase over-the-counter lice shampoo, we hope that today’s post will prompt you to think otherwise.

Instead of taking on your child’s lice removal on your own, bring them to our Houston lice treatment center for an inspection. With natural lice treatments and caring technicians, you can rest assured that your child is in good hands. We even offer unlimited follow-up inspections for 30 days after your initial treatment for your peace of mind. Fill out the form below or get in touch with us at 832-284-4727 . We look forward to speaking with you soon.